The ZIGIOTTI-MERLANTE DUO was founded in 1996 to study and perform the extensive repertoire of music for mandolin and guitar. This repertoire includes numerous Baroque sonatas (housed as manuscripts in libraries all over Europe), 19th century works of the Italian and German schools, and modern and contemporary music in which the crystalline sound of these instruments fully meets the criteria for the search for new timbres. This stimulating historical setting provides an excellent background to performers’ musicological research, and prompts them to approach the music not only from the point of view of performance and technique. This has encouraged the duo to broaden their knowledge of plucked instruments and focus on the performance of their repertoire on copies of period instruments. In over ten years of intense activity, the Duo has attracted the attention of audiences and critics alike with the quality and originality of their performances. They have been placed in and won many international competitions, such as in the mandolin and guitar category of the Concorso Internazionale Giacomo Sartori in Ala (Trento). The Duo recorded a CD of the complete works for mandolin and guitar of Raffaele Calace (Tactus); the CD Pagine d’Album was issued on the M.A.P. label and had enthusiastic reviews, particularly in the magazine Amadeus; the CD entitled “Paganini, Carulli, Gragnani, Bortolazzi – Musica per mandolino e chitarra del primo Ottocento” for the Tactus label, on period instruments, or copies of them. Sergio Zigiotti and Fabiano Merlante edit the collection of music for plucked instruments entitled “Conserto Vago” for Armelin Musica.

SERGIO ZIGIOTTI graduated with full marks in mandolin from the Conservatory of Padua in 1993. He is a soloist and member of several Italian ensembles, whose repertoires extend from the Baroque to contemporary music. Zigiotti frequently performs under the baton of distinguished conductors with many symphony orchestras and lyrical theatres in Italy and abroad, such as the Chamber Orchestra of Europe, the Berliner Philharmoniker, the Orchestra del Maggio Musicale Fiorentino, the Orchestra del Teatro alla Scala, Orchestra del Comunale of Bologna, Orchestra del Teatro Verdi of Trieste, Orchestra Sinfonica “Arturo Toscanini”, Orchestra dell’Arena of Verona. He has been among the winners in various national and international chamber music competitions, performing in duos with the piano or with the guitar, as well as in quartets and ensembles of plucked instruments. Zigiotti has recorded for several labels, including Deutches Grammophone, Nuova Era, Tactus, Stradivarius, Niccolò and M.A.P. He attained a degree at the Faculty of Humanities at the University of Bologna, DAMS Music Section, with a thesis on the history of mandolin.

FABIANO MERLANTE was born in Adria (Italy). He took a diploma of Guitar at the State Conservatory “A. Buzzolla” of Adria having as a highly qualified guide Michelangelo Severi. At the Conservatory “G. Frescobaldi” of Ferrara he then graduated “cum laude” in Guitar with Stefano Cardi and in Chamber Music with Tiziano Mealli. At the “B. Marcello” Conservatory in Venice he graduated in Lute with the guide of Tiziano Bagnati. Besides high level scholarships, he obtained many Italian and International awards, both as soloist and as member of chamber ensembles. He attended Courses of Specializations of Guitar held by R. Chiesa, J. Bream, M. Barrueco, D. Russell; he also attended Specialization Courses of Ancient Music held by L. Contini, R. Lislevand, S. Montanari, N. North and G. Togni. He has recorded for the Italian State Television (RAI) and cooperated in recordings of CDs for labels of Classical Music such as  Ariston, M.A.P, Niccolò, Rainbow e Tactus. He performs concerts playing with early romantic guitars, and with other ancient instruments such as archlute, theorbo and baroque guitar. He performs as soloist and he also collaborates with many baroque music groups (Accademia Bizantina, Armoniosa, Gene Barocco, I Fiori Musicali, I Musicali Affetti, Italico Splendore, Sans Souci, …), and with prestigious directors as  A.Bernardini, O. Dantone, R.Goodman, S. Kuijken, in Italy and abroad (Croatia, France, Romania, Slovenia, South Korea, Spain, Swiss, …). In his constant research of ancient musical repertoire in Italian libraries, he has been discovering unreleased nineteenth-century musical repertoire, editing and publishing for important specialized Italian publishers (Bèrben, Pizzicato, Armelin). He is also active in working with various contemporary composers in the drafting, revision and fingering for guitar music. 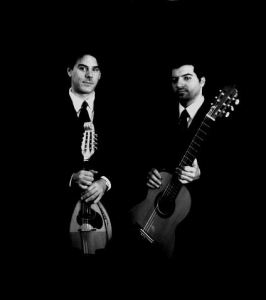